Waldo De Keersmaecker is a belgian architect who has grown up in the heart of Europe and has been travelling all over the world since his first years.

All these travels and experiences generated a thirsty curiosity, a spirit of challenge and a deep sense of teamwork.

As an ARTIST and MUSICIAN, he has always conceived his projects with a special care of the context, social and cultural situation. Always with the aim of transforming contraints into opportunities.

Graduated from La Cambre-Horta in Septembre 2014, from anthropometrical to urban scale, he has been working on master plans, dystopical, social, cultural and political projects. Always exploring new representation methods.

Architect, professor of architectural design and Maxon Cinema 4D teacher, cofounded in 2002 in Rotterdam (NL) a studio called FÜNDC originated and since 2009 established in Madrid (ES) longing to become a unified source of design solutions by merging disciplines (fusion & Union Needed by disciplines of Creation): the selection of an articulated and appropriate cocktail of professionals, techniques and ideas for achieving each environment, space, product, publication or installation. Urban planning, Architecture, Interior Design, Graphic Design, Art and Audiovisual narrative understood as parts of a whole.

As part of this transdisciplinar research, César is making the leap from the static image, which continues to enjoy either digital or handcrafted, to the audiovisual communication of the spaces we create. He has been formed since 2012 on VFX, editing and screenplay writing, becoming, especially through practice, producer and audiovisual artist.

In addition to the work built with FÜNDC César he has carried out with ARKINOTECTURA audiovisual works of various kinds as audiovisual artist on the roles of Director of Photography, Editor, CGI Composer, postproducer, colour grader for customers in various fields: advertising, engineering, real estate, museums…

Architect (as Fritz Lang and Peter Greenaway) Nacho Chueca, Grenadian by birth, is an independent producer  and director member of EGEDA with extensive experience in the world of film, video and, because of his training, the relationship between the audiovisual and architecture.

Since 2004 he is the head of LIPSSYNC MEDIALAB, producer in charge of shaping modern and bold projects such as the global audiovisual sample of architecture of the international study IDOM-ACXT at the CCCB in Barcelona, BENDITO CANALLA, a film that from León (Spain) deconstructs the myth of Genaro Blanco, a homeless raised to the altars; or the African travel football-themed documentary AFRIKA TREK, A journey to the Heart of Football...

Throughout 2014 and 2015, Nacho Chueca and LIPSSYNC MEDIALAB have been involved in the development and production of the project DECONSTRUCTING LIGHT together with the Institute of Astrophysics of Andalusia (CSIC) regarding 2015 as the International Year of Light (UN). The result of this is a collection of 10 scientific pieces for the web and the feature documentary film THE SPEED OF OUR THOUGHTS, a heterodox review of light from multiple points of view and that has the participation of major emerging actress Aïda Ballmann.

Currently, LIPSSYNC MEDIALAB is producing its largest project to date: a series for TV 13x26' TERRITORY called GRAVITY, a review in humanistic and scientific apropos of the centenary of Einstein's General Relativity.

After a cinema license in Paris, he moved to Italy where he made within the collective Caucaso Bologna, performance and video mixing cinema, music, painting and photography.

Back in Paris he directed his first feature film, God’s Chairs. Although the total budget of the film was 8000 €, the film has been selected at the Milan Film Festival 2014.

He is currently the designer of the show " Cabaret Contemporary: Kraftwerk Man -Machine ", which is played between other home music Nanterre , theater of Poitiers and Paris Philharmonic .

He worked for a year with Harry's , a group of young autistic people he filmed at concerts and residences. He also has direscted musical videos as «Je Suis la Montagne» for Moodoïd. 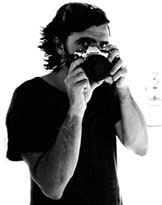 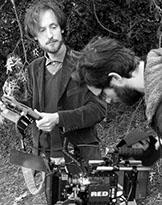 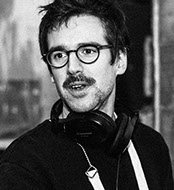 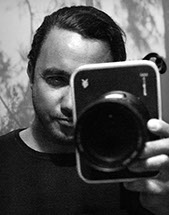